This paper explores the advantages of using a generic approach to representing tracked changes in XML and the benefits to having a standard XML solution. Refers to work done for OpenDocument (ODF) standards and W3C ‘Change’ Community Group.

XML is generally accepted as the default markup language for structured document and data management systems worldwide. But, in spite of the fact that XML document standards have matured over the past decade and despite its widespread use, XML still has a significant shortcoming that limits its usefulness in this role. It has no native ability to track changes.

A generic change-tracking standard would transform the utility of XML. It would allow documents to be moved from one XML editor to another, complete with change history and the ability to roll back to previous versions; it would allow editing applications to track changes in any XML document type; and software designed to handle change in XML could be applied to many different XML document types.

Read this conference paper to:

This paper explores the advantages of using a generic approach to representing tracked changes in XML and the benefits to having a standard XML solution. Refers to work done for OpenDocument (ODF) standards and W3C ‘Change’ Community Group. 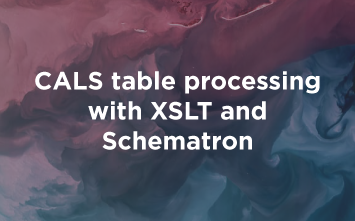 CALS tables are used in many technical documentation standards. There are OASIS specifications for CALS tables which include a number of semantic rules to ensure table validity. This paper reports on some of our experiences with CALS table processing and validation. 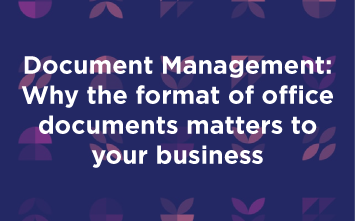 Document Management: Why the Format of Office Documents Matters to Your Business

The importance of ‘standard’ document formats is growing. This paper seeks to raise awareness of the development and increased use of new open document formats, and the implications these can have for businesses. 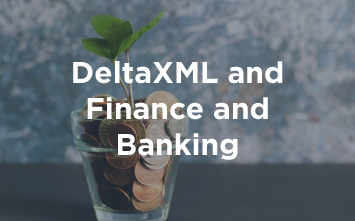 DeltaXML and Finance and Banking

Learn how DeltaXML is helping documentation and data specialists in the finance sector to keep tight control of change and achieve compliance more readily.